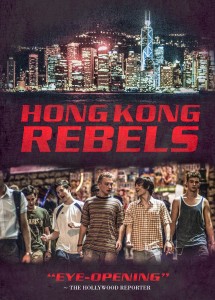 The drama/thriller HONG KONG REBELS, formerly titled “Stories Forlorn”, for which I wrote a score in late 2013, is finally coming out on VOD and digital. It will hit iTunes/Apple TV in US & UK on August 28, with other VOD platforms to follow.

Click here to check out some samples from the music on Soundcloud.

There’s also a new trailer for the film:

Here’s great news: I am extremely honored that my score for LOST PLACE has been nominated for BEST MUSIC IN A FEATURE FILM at the Jerry Goldsmith Awards 2014. The award will be given out during the International Film Music Festival in Cordoba, Spain. Keep your fingers crossed. A big Thank You to everyone who made this possible: Natalie Kleinhammer, score producer Alex Weimer, conductor Richard Hein and the amazing musicians of the City of Prague Philharmonic Orchestra, contractor Josef Pokluda, engineers Jan Holzner and Vitek Kral, Vincent Favrat, Thierry Baujard and the team of Just Temptation, music mixer Borris Manych, Martin Frühmorgen and Holger Lehmann from Rotor Film, Godwin Borg and Kronos Records, Mikael Carlsson and MovieScore Media, and last but not least Lost Place director Thorsten Klein. Congratulations to all my fellow nominees in all of the categories.

Click here to listen to samples from LOST PLACE.

You can also get the soundtrack album that includes over 40 minutes of my music here: iTunes | amazon DE | amazon US | amazon UK

The Hollywood Reporter got a review up for the Hong Kong indie film STORIES FORLORN by Uri L. Schwarz and Jason Sankey and it’s a good one too. Unfortunately no word about the score, though. I wrote and produced the music for STORIES FORLORN during summertime last year. Go here to listen to a few sample tracks.

One of Stories Forlorn’s strengths is its dedication to treating non-Chinese Hong Kongers and mixed heritage characters as people rather than tokens or using them as shorthand for trouble. Sankey and Schwarz clearly understand this world, and are very careful to inject a thread of veracity into the dialogue and the images, which both lend the film a strong sense of time and place. 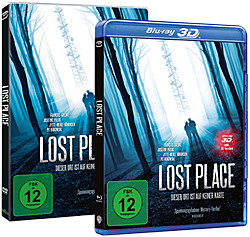 The German mystery thriller LOST PLACE for which I wrote a 72 minute orchestral score is now availbale on DVD, Blu-ray and also Digital throughout Germany and Austria. The discs are packed with bonus features including two behind-the-scenes clips from the recording sessions with the City of Prague Philharmonic Orchestra back in late 2012.

Finally it is here: The soundtrack album for the mystery thriller LOST PLACE comes from MovieScore Media (physical release) and Just Temptation (digital). It features over 40 minutes of score performed by the City of Prague Philharmonic Orchestra, plus a few songs from the film.

For the album the music was re-edited by Mikael Carlsson who did a fantastic job making this a great listening experience. The album was produced by Mikael, executive produced by him, Godwin Borg and Vincent Favrat, and mastered by Gabriel Séverin.

A big thanks to everyone involved.